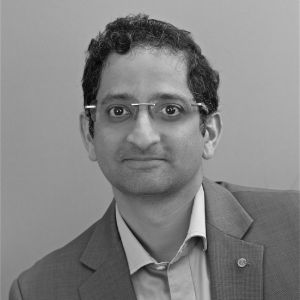 Integrated battery containers have become the most popular format for building stationary energy storage projects. These containers typically ship with integrated battery modules and racks, which eliminates the labor associated with assembling battery modules in the field. The number of battery racks is optimized to ensure that the container dimensions and weight meet standard transportation requirements. Recent advances in battery energy density, particularly with lithium-ion chemistry, have eliminated the need to ship battery modules and their enclosures separately to the project site.

Integrated battery containers are outdoor-rated and feature thermal management systems for the battery cells that allow the batteries to operate over the specified ambient temperature range while maintaining the cells within their optimum operating temperature range. Several container products feature liquid cooling of the battery modules, which improves energy density and provides more uniform cooling. Forced air cooling is also common and can be more cost-effective in longer duration applications. The cooling system is typically powered by an auxiliary power input to the container that is fed separately. It could also be powered internally from the battery, which is beneficial in applications requiring black-start capability.

Walk-in battery containers were common in the early days of the industry but have been almost completely replaced by non-walk-in container designs. This transition has helped improve energy density and fire safety. The containers must feature, at a minimum, smoke and gas detectors, alarms and gas ventilation systems. They could also feature water-based or chemical-based fire suppression systems. Large-scale fire safety testing is conducted to ensure that any fires within a container do not propagate to adjacent containers. These features enhance the safety of first responders compared to building-based battery systems.

Walk-in battery containers were common in the early days of the industry but have been almost completely replaced by non-walk[1]in container designs. This transition has helped improve energy density and fire safety​

Battery containers have built-in battery management systems that monitor the parameters of the cells, modules and racks and ensure that their operating limits are not exceeded. The most common container configuration consists of a DC output at a voltage level that is suitable for utility-scale battery inverters. Multiple battery containers may be connected to a single inverter, depending on the configuration. Sole containers also feature built-in battery inverters so that the output is an AC voltage that can be connected to an MV transforme.

Battery containers have at a minimum, a controller that forms the interface with an external energy management system and the inverter’s control interface. This allows the control of battery operations and monitoring of battery parameters.

The integration of most system components in the battery container greatly simplifies the installation process. The installer simply needs to place and secure the containers on the foundations and connect the power and communication cables to the rest of the system. System commissioning is also faster as sub-systems are pre-tested in the factory.

Battery energy storage systems could be stand-alone or coupled with a solar PV system. For AC-coupling with PV, the combination of battery containers, inverter, MV transformer and associated controls is a modular building block that can be scaled up to meet the required plant capacity. Energy storage can also be DC[1]coupled with PV, in which case the battery containers are paired with DC/ DC converters to form DC building blocks that are deployed along with PV inverters. Battery containers often feature built-in DC/DC converters that facilitate DC-coupling as well as.

Croesus: Opening a World of Possibilities

Attrava: The Perfect Blend Of Technology And Business Innovation

Exchange Technology Services: Integrating With Businesses to Address Their IT Needs Effectively

The Dymond Group of Companies: The Innovation Hub for Futuristic Solutions

Unlocking the Value of Connected Cars

Comprehensible Distribution of Training and Information...

The Current Focus is On Comprehensive Solutions

Big Data Analytics and Its Impact on the Supply Chain

Carmax, the Automobile Business with IT at the Core

The CIO's role in rethinking the scope of EPM for...

Transformative Impact On The IT Landscape

Get Ready for an IT Renaissance: Brought to You by Big...

Technology to Leverage and Enable

Speed is the Name of the Game

What It Truly Means For IT Security To Bea Business Enabler

Policy is a Key Solution to Stopping Packaging Waste

Congestion-Driven Basis Risk, A Challenge for the Development of...

However, if you would like to share the information in this article, you may use the link below: